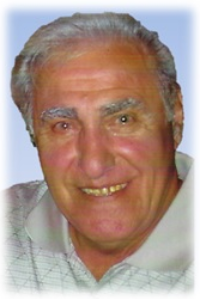 Nickolas A. Croce, 84, of Canton passed away October 15th at the Norwood Hospital. Born and raised in Brockton he served in the Air Force during the Korean War. He went on to serve in the Massachusetts National Guard for many years. He also worked for the Quincy Shipyard, Maxim in Middleboro, MA and for Grasseschi Plumbing in Worcester before retiring. In his free time, he enjoyed making stain glass windows and camping in Maine.
Beloved husband of Jackie Croce (Harding) of Canton and the late Anna Croce (Rullo). Stepfather of Ann Giguere and her late husband Richard of CA, Eleanor Moles and her husband Denis of Canton, the late Henry Rullo and his wife Jenny of ME, the late Leonard Rullo and his wife Colleen of Bridgewater, the late Stanley Croce, Joanne Williams and her husband John of Medford, Dianne Wischmeier and her husband Joseph of FL, and Kathleen Uhorchak and her husband Steve of N.C. Brother of the late Thomas and Alphonse Croce, Lillian Anderson and Angela Mara. Also survived by 10 grandchildren and 3 great grandchildren. Visiting hours at the Dockray & Thomas Funeral Home 455 Washington St. Canton Friday 5-8 pm. Funeral mass at St. John the Evangelist Church, Canton Saturday morning at 10. Burial private. In lieu of flowers, donations may be made in his memory to the Canton Veteran’s Service Department 801 Washington St. Canton, MA 02021.