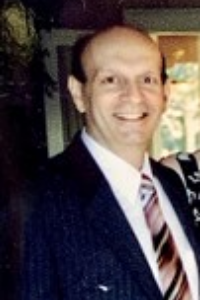 Born and raised in Dunmore, son of the late Dario and Michaeline Domenick Fenocchi, he was a 1972 graduate of Dunmore Central Catholic High School and a 1976 graduate of the University of Scranton. He then earned his degree in dentistry from the University of Pittsburgh Dental School in 1980, where he graduated third in his class. Following graduation, he worked briefly for Dr. David Horowitz, before opening his own dental practice in 1981 in Taylor. He later moved his practice to Old Forge in 1989, where he continued to work until illness forced him to retire in 2005.

Prior to his illness, he was always athletic and enjoyed golfing, fishing, skiing, exercising and playing squash. After becoming ill, he focused much of his attention on the stock market, which he greatly enjoyed and was always eager to offer his help and advice to those wanting to learn. Above all else, his family was always his main priority both before and after his illness. He was a caring and devoted husband, father, son, brother and friend who was always willing to help others. He especially loved his wife and his children, whom he always supported in their endeavors.

Don faced several illnesses over many years, which he overcame with the love and support of his family, and his strong Catholic faith. He fought until the end at which time he graciously surrendered his soul to the Lord.

In addition to his wife, he is survived by a daughter, Kristen C. Fenocchi, M.D., and fiancé, Josh Murphy, North Wales, Pa.; a son, Donald C. Fenocchi, Jessup; a brother-in-law, Thomas J. Curran and wife, Donna, Clarks Summit; nieces and nephews; and many cousins.

He was also preceded in death by a brother, Carl Fenocchi; an infant sister, Donna; and by his father and mother-in-law, Thomas and Catherine (Healey) Curran.

Services will be held Saturday with a Mass of Christian Burial at 9:30 a.m. in Holy Cross Parish at St. Patrick's Church, 200 Delaware Ave., Olyphant. All those attending the funeral should proceed directly to the church. Interment will follow at St. Patrick Cemetery, Blakely.