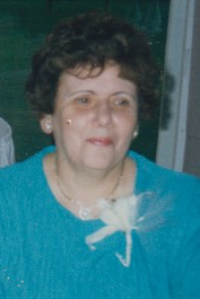 She leaves her daughter, Karen Matyczynski and her husband Steven of Dudley; 3 grandchildren, Makara Lynn Newkirk and her husband Matthew, Alan Bernard Meisler and Kaven James Matyczynski; 3 great-grandchildren, Logan Michael Preston, Emma Lyn Newkirk and Gracie Lyn Newkirk; and two uncles, Walter and Alfred Pizzetti, both of Webster. She was preceded in death by her son Kevin Makara in 1958 and Kathleen M. Meisler in 2016.

She was born on October 4, 1933 in Webster, the daughter of Adeline Pizzetti and graduated from Bartlett High School in 1951. She lived in Webster most of her life.

Mrs. Makara first worked as a salesclerk at Key’s Department Store, later known as Mammoth Mart. She then was a certified nurse’s assistant at the former Oakwood Nursing Home until she retired.

She was a member of Saint Louis Church.

The funeral will be held Monday, October 21, from Scanlon Funeral Service, 38 east Main St., with a Mass at 10:00 AM in Saint Louis Church, 14 Lake Street. Burial will be in Saint Joseph Garden oi Peace, Webster. A visiting hour will be held from 8:30 to 9:30 AM Monday in the funeral home, prior to the Mass. Donations in her name may be made to either St. Jude Children’s Research Hospital, New England Office, 313 Washington St., Suite 310, Newton, MA 02458 or to Brigham & Women’s Hospital Research Dept., 75 Francis Street, Boston, MA 02115.