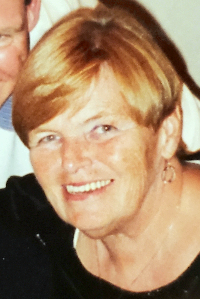 FALL RIVER… Anne F. (Hardy) Zygiel, 72, of Fall River passed away October 10, 2019 at Rhode Island Hospital in Providence.
She was the loving wife of Robert A. Zygiel, Sr. to whom she had been married for 50 years.
Born in Fall River, she was the daughter of the late James G. Hardy and had been a lifelong resident of this city.
Mrs. Zygiel was proud to be a Registered Nurse. She started her career at the former Union Hospital in Fall River before moving on to work at Charlton Memorial Hospital for over 30 years before retiring in 1985. Following retirement, Anne went on to assume the role of Director of Nurses at the Fall River Jewish Home from 1985 to 1995 and then at SouthPointe Rehab. & Skilled Care Center from 1995 until 2001. In her years, she had also worked with Pawtucket Memorial Hospital and consulted with the Bostonian Rehab Center.
Along with her husband, survivors include her kids: Robert A. Zygiel, Jr. of Peabody, and Terri Ann Kearney of Everett; her brother: Stephen E. Hardy of Macedonia; a niece and a nephew.
At the request of the family, services will be private. Arrangements are entrusted to Boyko Memorial Funeral Home, 709 Broadway Fall River, MA 02724.