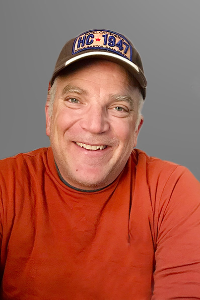 Kevin was born in Attleboro, MA on April 22, 1968 to Peter and Theresa (Roland) Yelle. His family moved to Barnstead, NH in 1971 where he attended Barnstead Grade School and later graduated from Pittsfield High School in 1986.

A veteran of the Gulf Wars, Kevin served with honor in the US Army and New Hampshire National Guard. He enrolled in the US Army in December of 1985 and graduated special training in 1986. At that time he was assigned to National Guard 3643rd Maintenance Company as a Private. In 2003, Kevin was deployed and proudly served in the Gulf War in Iraq and Kuwait with the 744th Transportation Company. Kevin was discharged from the New Hampshire National Guard in 2007 as a Staff Sergeant with full honors.

Kevin wanted to be a well known and greatly respected diesel mechanic, and that he was. He began his 32 year career at Jordan Milton Caterpillar in 1987 as a mechanic and rose to Shop Service Supervisor of Milton Cat, Londonderry, NH.

Kevin was a brave, loyal soldier, devoted husband, caring father, loving son and great friend to all. Kevin’s quiet demeanor, easy sense of humor, generous heart and desire to always help made him a positive force. He loved his wife and children very much, providing a solid foundation for them to follow and mirror. Almost equally, Kevin enjoyed working on any engine, especially if it was a snowmobile engine. He volunteered his time and expertise with many local organizations and friends, to include the Franklin VFW, the Boy Scouts of America and Belmont Bogie Busters.
Kevin is survived by the love of his life and wife of 26 years Cynthia (Ross) Yelle, his children, Elizabeth, Cory and Taylor, his parents Peter and Theresa Yelle, and his five siblings, Peter Yelle and his wife Carol, Christine Landry, Martha Keene, Allison Buttafuoco and her husband James and Robert Yelle and his wife Kelly and many more relatives and friends. He was predeceased by his brother-in-law Rich Keene.
Kevin is and will be deeply missed by his friends, family, and all who knew him.

Immediately following the services, a reception will be offered at the Franklin VFW (where Kevin volunteered and was an active member), 26 Peabody Place, Franklin, NH 03235.

In lieu of flowers, memorial contributions may be made to the Belmont Bogie Busters Snowmobile Club, PO Box 130, Belmont, NH 03220.