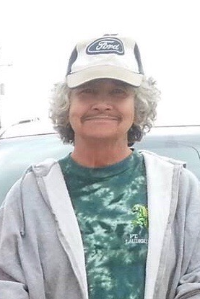 BUXTON- William C Guthzeit (aka Bill/Fordman), age 67, passed away on October 12, 2019, at
Maine Medical Center hospital after being brought by rescue. Thankfully, he passed while
surrounded by his loving family.
He was born August 15, 1952.
Bill and his wife Louise Guthzeit were married on August 11, 1990, a few years later they
bought a small home in Buxton, Maine.
Bill was a loving person, he would do anything he could for friends and family. He spent his life
the best way he knew how. He went to school and became a CNA; pursued that career for
many years before retiring. He tried his hardest to overcome anything that came his way. He
would bicker on occasion with his wife Louise, but there’s no doubt that they loved each other
more than anything in the world.
Bill (aka Fordman) loved his truck (Big Blue), and he enjoyed spending as much time as
possible working on it. He enjoyed working on cars and trucks and continued doing so even
when he was sick. Between working on vehicles and taking care of his garden he spent most of
his day outside. Just like his wife he loved his family and friends dearly. To him friends were
family and he made sure they were treated like family.
He was predeceased by his wife- Louise Guthzeit; children- Paul Mankenn, Mary Wells, Donald
Lunt; brother- Tom; sister- Marie Guthzeit.
Bill is survived by his children- Rita and her husband Mike Stilphen, Bill Lunt, Louise and her
husband Richard Wilcox, and Joan and her husband Harold Coffin; brother- Ralph Guthzeit;
many grandchildren, great grandchildren, and great great grandchildren; many nieces and
nephews.

A memorial service will be held on Friday Oct. 18 at 3 PM at the Chad E. Poitras Cremation and Funeral Service Chapel, 498 Long Plains Road (Rt. 22) in Buxton. Online condolence messages can be submitted at the funeral home website, www.mainefuneral.com