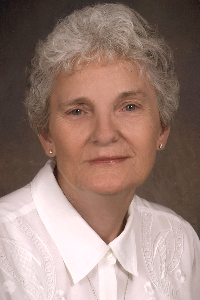 Funeral services will be held 4 PM, Sunday, October 13, 2019, at The Paulk Funeral Home Chapel in Fitzgerald, with the Rev. Dr. Lloyd Stembridge and the Rev. Bobby Nasworthy officiating. Interment will be private. The family will receive friends one hour prior to the service at the funeral home.

Mrs. Ivemeyer was born August 5, 1937, in Ben Hill County, Georgia, to the late Donald I. & Florita Barnes Freeman. She was a 1955 graduate of Fitzgerald High School. Mrs. Ivemeyer was a farmer’s wife and helped on the family farm. She also worked as a telephone operator and as a parapro for the Ben Hill County School System. She loved to fish and spend time with her family, especially her grandchildren. Along with her husband, Mrs. Ivemeyer enjoyed traveling and together, they visited every state in the Union except for Hawaii. She was a member of Arbor Baptist Church.

She is survived by her husband of 61 years, Henry W. Ivemeyer, Jr. of Fitzgerald; daughter, Donna Hair of Oakwood; son, Henry W. Ivemeyer, III of Fitzgerald; grandchildren Brittani Walker and Payton Walker; three sisters: Jessie Welch of Babson Park, Florida, Alice Ross of MacClenny, Florida, and Ruby Welch of Tallahassee, Florida; as well as several nieces and nephews. In addition to her parents, she was preceded in death by a son-in-law, Jeff Hair; three brothers; and three sisters.