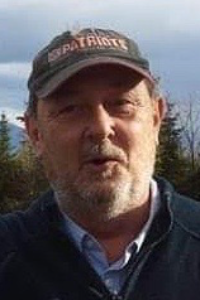 Born December 31, 1953 in Chincoteague, VA, a son of the late Jack and Barbara (MacKenzie) Healey, he was a resident of Foxboro, formerly of Franklin.

He was raised in Attleboro, graduating from Attleboro High School in 1971, and prior to retiring in April, was employed at Cerner Corporation, formerly Bayer, in Walpole and Medfield.

Rich was an avid Schrade knife collector, and loved to talk with other collectors on online forums. He was a lifetime Boston Red Sox superfan, and felt so blessed that he got to see the “curse reversed” in 2004. He enjoyed spending time with his family and being an amazing “Grumpy” to his grandchildren. Rich also enjoyed fishing, canoeing, and pretty much any outdoor activities. But his main interests were laughter and storytelling, which he shared generously with all who knew him.

He is survived by his children, Katy and Becky O’Brien of Franklin.

Also surviving are his grandchildren, Emily (11), Leo (10), Micah (5), and Zachary (2), and his former long-term partner and friend, Kathy O’Brien, all of Franklin.

He was the brother of Jackie (McPherson) and Jim, of Florida, and Ron, of Texas.

Relatives and friends are invited on Saturday, November 9th, for calling hours from 12:00-2:00 pm, followed by a memorial service, at Charles F. Oteri and Son Franklin Funeral Home 33 Cottage St.