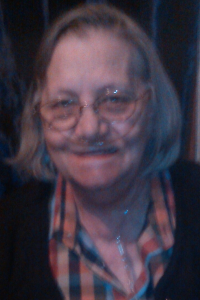 Funeral services will be held 2 PM, Sunday, October 13, 2019, at the Fitzgerald Church of God, with the Rev. Dewain Joiner officiating. Interment will follow in the Evergreen Cemetery in Fitzgerald, Georgia. The family will receive friends Saturday evening from 6 PM until 8 PM, at the funeral home in Fitzgerald.

Ms. Williams was born June 6, 1944, in Bartow, Florida, to the late Shelton Vernon King and Ruby Ann Register Golden. She moved to the community from Winter Haven, Florida over 30 years ago. She earned a business administration degree from East Central Technical College. Ms. Williams was a seamstress for Fitzgerald Underwear, a cashier for J & J Station and she was a quality control specialist for American Blanching. Ms. Williams loved to read, sew and helped raise many children as her own. She was a member of the Fitzgerald Church of God.