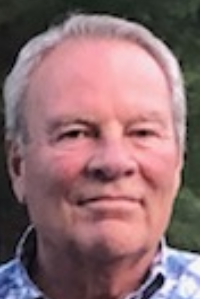 HIRAM - John Joseph Bardugone Jr., age 71, passed away suddenly on October 3, 2019 at his home. He was born in New York, New York on January 18, 1948, a son of John and Elvira (Leone) Bardugone. He was raised in Monroe, Connecticut with his siblings and many cousins. He graduated from Masuk High School and, in 1969 he received a B.S. in Marketing from the University of Connecticut.
In 1971, John married Patricia Shea and they had two children, John Damon and Julie. The family lived in New Jersey, Texas, and Oklahoma while he worked for Sun Oil Company. In 1980 they moved to Hiram, Maine and John built the home where he and Patricia settled to raise their family. He loved the outdoors and started a small blueberry farm. John worked in sales for several building design and supply companies before becoming a co-owner of Steep Falls Building Supply in Standish; retiring in 2004 to dedicate his time to farming.
He enjoyed fishing, especially his annual trips to Chesuncook Lake and Kapitachuan Club in Canada. He also loved working his land and was proud of his blueberries.
He is predeceased by his parents and brother Allen. John is survived by his wife of 47 years, Patricia; his son, John Damon and grandson John Paul (Pasha); his daughter Julie French and her husband Geoffrey and grandsons Cameron and Gavin; his sister Ellen Buczinski and her husband Robert; and many cousins.
At John’s request, all services will be private. In his memory, the family requests you take time to explore the outdoors with your children and grandchildren.
Arrangements are by Poitras, Neal and York Funeral Home. Online condolences may be expressed at www.mainefuneral.com