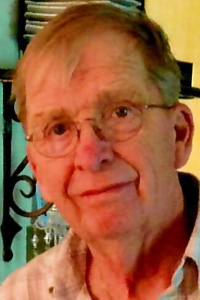 Mike was the oldest son of Sally (Campbell) and Michael Walsh, and had four siblings: Paul, Janet, Robert (Ro), and Ronnie Clifford (deceased). He is also survived by a loving, dedicated aunt, Peggy Waldron. Mike graduated Charlestown High School in 1962, and was a 35 yr. active member of Local #17, who negotiated many contracts throughout the years in MA, NH, RI, and Maine. He started as a Union Trustee in 1976 after an apprenticeship (1967-1971), voted onto the Executive Board for six years, before getting elected Business Manager of Local #17 in 1985 at 39 yrs. old. Mike was also an elected Business Agent for nine years, served on the Massachusetts Building Trades, and was a former Vice President of the Massachusetts AFL-CIO until his retirement in 2002. Mike was not a go along-get along representative. He fought tirelessly for the protection of his members, going so far as to battle his own International on behalf of his brothers. He was a dedicated adversary of contractors who violated negotiated contracts and conditions, and referees who made suspect calls in JV basketball games.

There aren’t many people who can say they designed and built their own house, but Mike was one of them. He mostly did it so that he could prove he was a better carpenter than anyone in the Carpenters Union and also so they couldn’t take credit. There’s little doubt he’s already had a sit down with Jesus and Joseph about the proper way to hold a hammer. One of Mike’s favorite pastimes was getting up early and drinking tea. He got to do his favorite thing close to 20,000 times. Not bad. Mike and Winnie were married for 51 years. Part of their secret was getting out together every Saturday night when the kids were still at home. This tradition went on for decades because two of their kids stayed home into their thirties! Mike loved Winnie unconditionally. You have to when Winnie sang Patsy Cline’s “Crazy,” in public everywhere she went. Mike was so thankful his daughter Stephanie became a nurse. Her knowledge and loving care greatly helped when it mattered most. Buying her a 1984 two-door Chrysler LeBaron to get her to nursing school at Salem State was worth its weight in Gunmetal Blue gold. Mike once owned a T-shirt shop in Charlestown called, Eagle Sports. He never really cared for birds after it closed. A lot of people who visited Mike & Winnie’s home at 51 Sullivan St. never forgot the experience. Mostly because they got to see a laundry chute and a rare glimpse of the Naked Yeti. A little held secret was that the door to their home was never locked. It wasn’t because the family felt safe in close-knit Charlestown. It was because Mike wanted to be Charles Bronson and use one of his homemade weapons on some punk. His oldest son Michael was a Homicide Detective in Boston for many years. Mike liked to call him Top Cop because he won some awards and never turned him in for murdering numerous contractors during negotiations. Mike took great pleasure in introducing his other two sons as, “The Walsh Brothers.” People had no idea who they were, but he thought they were famous. Even up until the end, he provided his family with a great laugh. When the hospice care administrator came around, she had Mike’s occupation listed as, “Doctor.” Somewhere along the way, he told someone that and they believed him. To those who knew him, Mike was one-of-a-kind, the last-of-his-kind, and some kind of wonderful. You kind of have to be to write your own obituary.

Relatives and friends are invited to attend Mike's Funeral Mass on Saturday, November 2, 2019 at 10 A.M. in St. Francis De Sales Church, 313 Bunker Hill St. Charlestown. His burial will be at Blue Hills Cemetery in Braintree. There are no funeral home visiting hours.