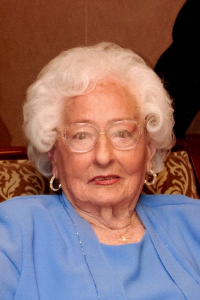 
Beverly A. Corcoran, 91, died Tuesday, October 8, 2019 at Greenville Skilled Nursing and Rehabilitation Center. She was the widow of Charles E. Corcoran who died November 19, 1971.

Born in Providence, she was a daughter of the late Earl P. and Esther L. (Tiernan) Logan. She had lived in Greenville with her son, Michael and his family, Nannette, Ryan and Logan for the past seven years. She had previously lived in Providence.

A Mass of Christian Burial will be held Saturday at 9:30am in St. Philip Church, 622 Putnam Pike, Greenville. Burial will follow in St. Ann’s Cemetery, Cranston. Visitation will be Friday 4-7pm in the Anderson-Winfield Funeral Home, Rt 44 at Greenville Common, Greenville. In lieu of flowers donations in her memory may be made to Women & Infants Hospital, Philanthropy Office, 101 Dudley Street, Providence, RI 02905