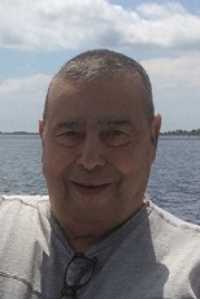 LONDONDERRY, NH: Alfred Morelli, age 86, a resident of Londonderry, NH for the past 7 years, a former longtime Tewksbury resident, passed away at the Community Hospice House in Merrimack, NH on Thursday, September 26, 2019.

He was the beloved husband of Ann M. (Donlon) Morelli with whom he celebrated their 66th wedding anniversary on May 9, 2019.

Born in Boston on October 3, 1932, he was the son of the late Joseph A. ”Tony” Morelli and Anna (Salucco) Morelli.

Prior to his retirement, he was employed as Office Manager for Middlesex Gas & Technologies, formerly known as Middlesex Welding Supply.

He enjoyed many activities including fishing, boating, woodworking, and billiards.

Calling hours are Tuesday, October 1st, from 4-8 p.m. at the Farmer & Dee Funeral Home, 16 Lee St., Tewksbury. Funeral services will be held Wednesday, October 2nd, at 11 a.m. at the funeral home. Interment at Tewksbury Cemetery will be held at a later date. In lieu of flowers, donations in his memory may be made to St. Jude Children’s Research Hospital, 501 St. Jude Place, Memphis, TN 38105.