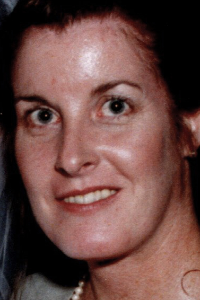 Priscilla J. “Cill” (Fagan) Arsenault 59, of Foxborough, died peacefully with her family by her side, Saturday September 21, 2019 at Rhode Island Hospital in Providence, following a brief illness.

Born January 23, 1960, in Boston, the daughter of Gerald T. “Jerry” Fagan of Franklin and the late Joan E. (Garrity) Fagan, she was a former Franklin resident before moving to Marlborough and then Foxborough.

She was raised and educated in Franklin, was a graduate of Franklin High School, class of 1978. She then attended Fitchburg State College. She worked in retail for many years and as a bank teller for BayBank. She also operated Priscilla’s House Cleaning.

She enjoyed cooking, antiquing, the latest fashions and spending time with her family & friends.

Relatives and friends are invited to attend her funeral Mass Tuesday October 1st, at St. Jude Church, 86 Main St. Norfolk, MA 02056 at 10AM.

There are no calling hours.

In lieu of flowers, donations in her memory may be sent to a charity of one’s choice.