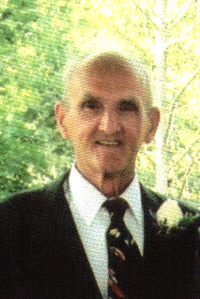 WESTBROOK- Donald Maynard Packard was born in Portland ME on 12/4/1926 to Ralph A. / Leona Spoffard and he died in peace on 8/29/2019. His siblings are/were; Patty, Dolores, Earl, Roy, Carlton, Ruth, Gerry and Barbara. Don has many, many friends, nieces, nephews and cousins who he continued to adore during his life.

Don loved his animals, to play guitar and to cut a rug! Fishing, music, the stars, hunting, camping-Lilly Bay, gardening, making real Maine Maple Syrup, the Boston Red Sox and the New England Patriots were his favorite past times. He was a cook in the Navy/Seabees, owned and cooked at the Allen’s Avenue Coffee Shop and The Outlet on Sabbathday Lake. Don had a series of vending machines but he mostly enjoyed driving tractor-trailer.

Kindly join us for a graveside service at the Elmwood Cemetery in Pownal on October 12th at 1pm. Immediately following there will be a gathering to celebrate his life at the Amvets Post, 851 Lawrence Road in Durham, ME.