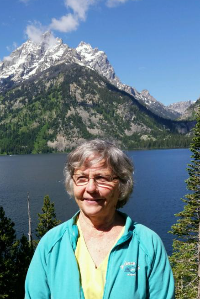 Janet K. OLeary of Winchester, passed away peacefully, September 10th, at her home, with her family by her side. She was 77 years of age.

Janet was the beloved wife of the late William J. OLeary, retired Captain of the Winchester Fire Department. Janet was the cherished daughter of the late Thomas and Delia (Murphy) Kearns, where she was the middle of five girls.

Janet was raised in Winchester, where she was a member of St. Mary’s Parish and she attended St. Mary’s school through grade 8. She then went on to graduate from Matignon High. After raising her two children, she went on to earn her college degree.

She was the devoted mother of Thomas OLeary and Barbara (OLeary) Pollick, and doting grandmother to Jason Pollick, Scott Pollick and Jeremy Pollick.

Although a lifelong resident of Winchester, Janet was bitten by the travel bug, and turned her love of travel into a successful career. After working in the industry for a number of years, she eventually purchased her own agency, which she named OK TRAVEL (OLeary & Kearns, Inc.). She travelled extensively throughout her life, visiting hundreds of different points around the globe. She was a member of SKAL International/Boston, ASTA, MVRS, and the Trainriders Northeast Program.

She visited her parents’ homeland of Ireland many times, as she was very proud of her Irish ancestry. When not travelling, Janet would indulge in her first love; spending time with her family. Also in her spare time, she enjoyed gardening and was an avid reader. Janet donated her time as a volunteer to several charities and participated in and completed the Boston Marathon Walk for the Jimmy Fund one year.

Sadly, in addition to her parents and husband, Janet was also predeceased by one sister, Irene Regan.

Besides her children and grandchildren, she is survived by her three other sisters; Mary Barrett and her husband David, of Stow, Josephine King and her husband Daniel, of Sudbury and Kathleen Owen and her husband Robert, of Reading. Janet was also an aunt, cousin, sister-in-law and a friend to many.

In lieu of flowers, Janet requested that donations be made to www.healingwindsusa.org or a charity of your choice.