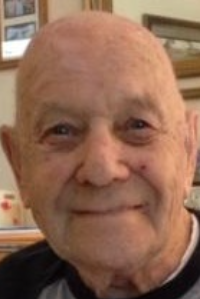 Raymond E. Brooks, 97, of Manomet formerly of Worcester, died Monday, September 9th at home, with his family at his side. He was the husband of the late Pauline (Bessette) Brooks, Anne (Borsari) Brooks and Arline (Pelletier) Brooks. He is survived by his three sons, David J. Brooks and his wife, Rebecca of Haydenville, Albert L. Brooks and his wife, Sharon of Worcester and J. Dean Brooks and his wife, Jean of Rutland; two daughters, Diana M. Nickerson and her husband, Steve of Brookfield and Dawn Marie Warren of Wareham; eight grandchildren, 12 great-grandchildren a great-great grandson and many nephews and nieces. He also leaves dear friends and caretakers, Myrtle and Harry Johnson, without whom his wish to stay at home would not have been realized. Ray was predeceased by his son, Raymond E. Brooks, Jr.; and eight brothers and two sisters.

He was born in Lyndonville, VT the son of Adolphus and Josephine (Sheltra) Brooks. Mr. Brooks had been a carpenter and had owned and operated Raymond Brooks, Inc. for many years before retiring. He had served in the U.S. Army Air Corps during World War II. Ray had served as past commander of American Legion Post 288 and had been a member of the Knights of Columbus.