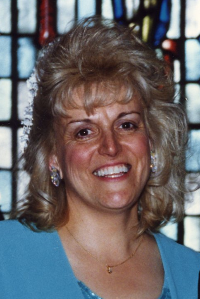 Manchester– June C. Cormier, 75, passed away peacefully on September 7, 2019 at Hillsborough County Nursing Home following a brief illness. Born in Rutland, VT on August 12, 1944, June was a long-term resident of Manchester, NH. She was a graduate of Manchester Central High School, Manchester, NH.
June was employed by Ferretti's Market and Hannaford Supermarket for most of her career as well as Manchester Water Works in her younger years.
June was full of compassion and love. She saw the good in everyone she met. She always had a kind word to say about everyone. She was also very passionate in helping animals whether that would be feeding the squirrels, carrying a spider out of the house to set it free or collecting items to donate to the Manchester Animal Shelter. She had a positive effect on all lives she touched.
June is predeceased by her parents Harold and Ann (Myrdek) Lassor. She is survived by her husband of 25 years Robert Cormier of Manchester, NH, her son, Kevin Martel of Chester, NH, her daughter, Kimberly (Martel) St. Jean and husband Richard St. Jean of Manchester, NH, two grandchildren, Brian Martel and Melissa Martel of Chester, NH, her cousin who was like a sister, Cindy Wines of Fremont, NH along with her step-children and step-grandchildren. She will also be missed by her grand puppy Bruschi who was comforting to her during the final days.
A ceremony will be held at Pine Grove Cemetery Mausoleum, 765 Brown Ave, Manchester, NH on Friday, September 13, 2019 at 1:00pm.
In lieu of flowers, donations can be made in June’s name to the Manchester Animal Shelter, 490 Dunbarton Rd, Manchester, NH 03102. www.manchesteranimalshelter.org.
J.N. Boufford & Sons is in charge of arrangements.
For more information and online guestbook please visit www.bouffordfuneralhome.com.