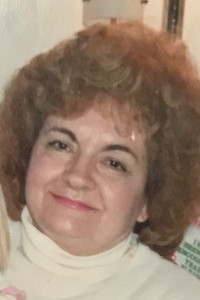 She was born in Mayfield, PA, a daughter of Stanley A. and Pauline C. (Bilski) Ostrowski and lived in Webster since 1941. She attended Bartlett High School.

Mrs. Markiewicz first worked in Sandlerette Shoe. She then was an inspector in the packaging department at Gentex Optics in Dudley for 30 years before retiring in 1998.

She was a member of Saint Joseph Basilica. She enjoyed her annual flower garden and spending quality time with her family.

Her funeral will be held Friday, September 13, from Scanlon Funeral Service, 38 East Main Street, with a Mass at 10:00 AM in Saint Joseph Basilica, 53 Whitcomb Street. Burial will be in St. Joseph Garden of Peace. Visiting hours will be held from 6:00 to 8:00 PM Thursday, September 12, in the funeral home.