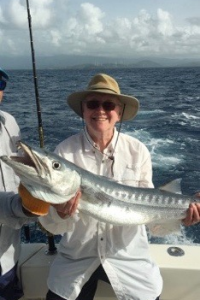 Donald Francis McCormack, lifelong resident of Medford, passed away unexpectedly on September 7, 2019. He was 86 years old, born in Malden on December 24, 1932. He was the beloved son of the late Daniel and Ethel (Lind) McCormack and step son of the late Thomas Moriarty who raised him from a young age.

Donald was a graduate of Medford High School. He entered the  U. S. Air Force in Boston on Jan 2nd , 1953. While in the Air Force he served with the the Strategic Air Command as an instructional electrical training specialist. For his exemplary service, he was awarded the National Defense Service Medal and the Good Conduct Medal. He received and Honorable Discharge from Ellsworth Air Force Base in South Dakota on Dec 6th 1956. One of the highlights of his service was his time stationed at Tule Air Force base, Greenland.

He worked at Converse Rubber in Malden, Became an advisor/builder for Education Development Center, in Newton traveling to under performing schools through out the United States. He was employed by Printed Circuits  and later was employed and retired from Hewlett Packard as an electronic technician.

On June 5th, 1960, he married the love of his life, the late Ethel (Richardson). Together they enjoyed family trips to Cape Cod and Lake Winnipesaukee. Donald was an avid Red Sox, Bruins and Patriots fan. He always made time to be with family and friends – offering a well-rehearsed story where he rarely made it to the end without a playful smile or hearty laugh. He freely shared his interests, his laughter and his kindness with all who knew him. He will forever be remembered for his integrity, his warmth, his benevolence and his pride and joy of family.

Donald was the devoted father of the late Nancy Pearce and her husband Jamie, of Marshfield, son Donald and his wife Jeanne of Dartmouth, and daughter Patricia and her husband John of South Kingstown RI. Donald is survived by his sister Beverly and her husband Richard of Billerica, step brothers Thomas and the late Dolly Moriarty of Groveland, and the late Robert Moriarty and his wife Doris of Florida. His grandchildren, Sarah, Dr. Erin McCormack and Daniel McCormack, Justin and Michelle Comeau, Sean and Katelyn Grimes, and Michael and Tara Pearce will carry on his legacy of kindness and family values for generations to come. His stories will live-on and his hugs and unending support will be sorely missed.

He was a weekly communicant at St Francis of Assisi Church in Medford. He supported a variety of charities including: The ALS Foundation ( HYPERLINK "http://alsa.org"alsa.org) and the American Cancer Society (HYPERLINK "http://cancer.org"cancer.org).  In lieu of flowers, donations to either charity would be appreciated.

His funeral will be held from the Beals-Geake-Magliozzi Funeral Home, 29 Governors Avenue, Medford on Saturday, September 14, 2019, at 10:30 AM, followed by a Mass of Christian burial celebrated in St. Francis of Assisi Church, Fellsway West, Medford, at 11:30 AM. Relatives and friends are most welcome to attend. Visiting hours will be held on Friday, September 13, 2019, from 4 to 7 PM. Interment will be in the Oak Grove Cemetery in medford. For additional information, please visit, www.magliozzifuneralhome.com.