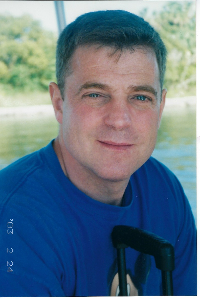 Edward Daniels, 59, of Sharon died on September 4, 2019. He was born in the Bronx, NY on March 21, 1960. Edward graduated from Cardinal Hayes HS and earned a Bachelor’s of Science degree in Accounting from Lehman College. He practiced as a Certified Public Accountant in RI, CT, and MA.

Edward is preceded in death by his parents, Nicholas D. and Mary (nee Cregan) Klumpp. He is survived by his children, Michael and Rebecca, his former spouse Elayne, siblings Nick and Ellen, and his longtime partner Amy Chepovsky.

A donation to any charity of one’s choice, in lieu of flowers, is appreciated