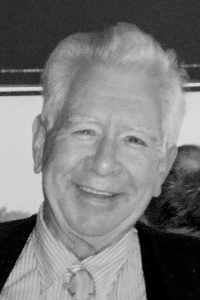 Lawrence “Larry” Nathaniel Taylor, age 84 of Prosser, entered into rest on September 1, 2019 at Astria Sunnyside Hospital. He was born on April 28, 1935 in Moosejaw, Saskatchewan, Canada to Melvin and Murial (Cutt) Taylor. The family later moved to New West Minster, British Columbia. After high school, Larry graduated from the British Columbia Bible Institute in Vancouver, BC. He was ordained minister with the Assembly of God Church.
Larry and Shirley Viola Boyd were married on September 29, 1958 in in New West Minster, BC at the Connaught Heights Pentecostal Assemblies of Canada.


Larry and Shirley immigrated to Washington State and lived in Seattle from 1962 to 1969. They then lived in Wilson Creek, Washington where he served as a Pastor until moving to Prosser in 1971 and served as a Pastor of the Assembly of God Church until 1975. Besides being an Assembly of God Pastor, Larry was a house painting contractor. He also traveled on short term mission trips. He retired in 1995.Larry enjoyed gardening and raising fruit, evangelizing, preaching, reading and traveling.

Larry is survived by his wife, Shirley of Prosser; his daughters, Cheryl Taylor of Prosser and April Vance (Dwight Weatherston) of Vancouver, BC; and brothers, Gordon (Karen) St. James and Bernie (Hilda) St. James of Vancouver, BC. He was preceded in death by his brother, Norvall Taylor and sister, June Campbell.

Visitation will be held on Sunday, September 8th from 4:00-7:00 pm. at Prosser Funeral Home. Graveside services will be held on Monday, September 9th at 10:00 am. In lieu of flowers, memorials may be made to Prosser Meals on Wheels c/o the Prosser Senior Center. You may leave a message for the family at www.Prosserfuneralhome.com