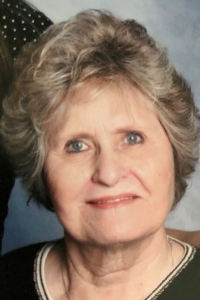 
Our beloved Mother and Nana went to be with her Lord and Savior, Jesus Christ, on August 30, 2019, after a very long and courageous battle with cancer. Dawn was born on May 19, 1936, in Prosser, Washington, to Frank F. Grover and Blanche (Harding) Grover. She was the third of nine children who lived in Benton City until 1941, then moved to Wallula. From 1943 until 1951 they lived in Pasco, and then moved to Prosser.

Dawn graduated from Prosser High School in 1954. On June 12, 1955, Dawn married the love of her life, Howard L. Christen, and they made their home on the Christen family farm, originally homesteaded in 1898. She is survived by her daughter, Karen Easter (Paul), Montesano, her son Scott, Prosser, and 6 grandchildren, Brooke, Kyle, Travis, Stephanie, Dacia, and Cory, and 6 great-grandchildren, sisters Judy Jones, Peggy Brandsma, Sandi Mellor, brother Jerry Grover, and numerous nieces and nephews. She was preceded in death by her husband, Howard, in 2008, her son, Steve, in 2013, her parents, brothers, Bud and Duane, and sisters, Charlotte (Crawford), and Darlene (Clark). Dawn moved to Richland in 2008. Family and friends have been a tremendous support since her diagnosis.

Dawn was a homemaker, a member of a bowling league in Prosser, the Horse Heaven Community Club, Prosser Junior Women’s Club, a stamp club, and a Bunco group for many years. Hobbies included ceramics, golfing, rubber stamping and scrapbooking, but her greatest joy was her family. She loved to decorate, especially for the holidays, and Christmas was her favorite. Dawn was employed at The Fashionette in Prosser for several years.

A Celebration of Life will be held at 11 a.m. on Saturday, September 7, 2019, at the Covenant Presbyterian Church in Prosser. A luncheon will follow at 1 p.m. at the Horse Heaven Community Hall. You may leave a message for the family at www.Prosserfuneralhome.com