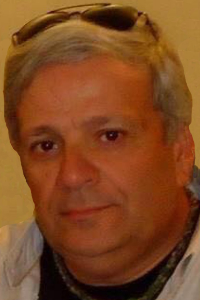 Kenneth J. Pimental, 60, of Acushnet passed away peacefully on Thursday August 29, 2019 in the comfort of his home surrounded by his loving wife and their three amazing children. He was the husband of Jacqueline (Vezina) Pimental, whom he shared 36 happy years of marriage with. Kenny’s family was his pride and joy, and Jacqueline was the love of his life. He was beyond proud of his children and all of their accomplishments as he watched them grow throughout their lives. He and his wife enjoyed taking long drives in his beloved Camaro, going to Chicago concerts, traveling (especially their trip to Hawaii), and enjoying life together with their four legged friends, Rondo and Duchess.
Kenny was a dedicated, accomplished, and well respected Police Officer for the City of New Bedford for over 35 years. He started his career as a cadet in 1978 before graduating the police academy in 1983. He served the city of New Bedford tirelessly before retiring from active duty in 2015.
Kenny, or “Coach P” as his players would call him, touched the lives of many by giving back to the community through years of coaching youth sports at Whaling City Baseball and CYO Basketball. Anyone who crossed paths with Kenny would attest to the positive impact he had on their lives. Kenny not only loved coaching the city’s youth, but he loved coaching each one of his children both in sports and life. Along with coaching sports Kenny loved watching the Red Sox, Celtics, and most importantly his Pittsburg Steelers.
Along with his wife, Kenny is survived by his three children and their spouses who all reside in New Bedford; daughter-Sarah and her husband JJ Hartley, daughter-Jennifer and her husband Andrew Parker, son-Kraig and his wife Stephanie Pimental. He is also survived by a sister-Cindy Cornell and her son Geoffrey, his mother in-law Carol and her husband Paul Ouellette. Especially near and dear to his heart are his cousins (who were more like siblings to him) Emily, Elizabeth, Phil, and Louie. He also leaves behind many dear friends and family members who will cherish their memories of him forever.
His Funeral will be held on Wednesday September 4th at 9:15 AM from the Saunders-Dwyer Home for Funerals, 495 Park St., New Bedford, followed by his Funeral Mass at St. Joseph-St. Therese Church at 10:30 AM. Burial will be in Pine Grove Cemetery. Visiting hours will be on Tuesday September 3rd from 4-8 PM. For directions and guestbook, please visit www.saundersdwyer.com.