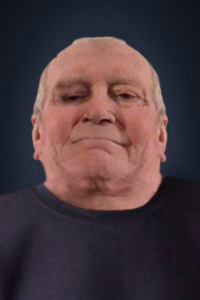 GRANBY ~ Leslie A. “Les” Rood, 75, of Granby, was Called Safely Home on Thursday, August 29, 2019. He passed into Eternal Life at his home surrounded by the care and comfort of his loving family. He was born in Northampton on July 7, 1944, a beloved son of the late Frank and Elinor (Ward) Rood. He was raised in Southampton and graduated from Smith Vocational High School in Northampton. He had later lived in Easthampton and Worthington before moving to Granby where he lived for many years. Les was employed for 50 years as a tractor trailer operator for several companies and had last worked for the Exxon Mobil Corporation.
During his leisure time, he enjoyed bird watching, antique cars and tinkering with his family’s old farm tractors including their 1949 Case and their 1940 Farm All. Above all, he loved spending time with his family and his many friends. He leaves his beloved wife, Ann K. (Labrie) Rood. They were married on May 16, 1997 at First Church in Ludlow and were blessed with over 22 years of happiness together. He also leaves his five loving children, Sarah Rood and Austin Rood, both of Granby, Leslie Rood, Jr. and his wife, Sonia, of South Hadley, Timothy Rood and his wife, Lisa, of Easthampton and Bridget Doyle and her husband, Stephen, of South Hadley; his three cherished grandsons, Matthew Rood and Sean and Colin Doyle; his dear sister, Jessica Florek of Westfield; his dear mother-in-law, Eleanor L. (Martin) Bullough of Granby; his two dear brothers-in-law, Joseph Labrie and his wife, Becky, and their daughter, Madeleine, of Granby and Eric Bullough of South Hadley; and his many dear nephews, nieces, cousins, friends and extended members of the Rood and Labrie families. In addition to his parents, he was predeceased by his two dear brothers, Frederick Rood and Frank “Buster” Rood, Jr.; his dear sister, Joy Hitt; and his dear brother-in-law, John Florek. His family will receive friends on Tuesday, September 3, 2019 from 5 p.m. to 7 p.m. at the St. Pierre – Phaneuf Fairview Chapels, (413-533-3307), 506 Britton Street, Chicopee, MA 01020. The parking lot is located in the rear of the funeral home. A graveside service will be held on Wednesday, September 4, 2019 at 11 a.m. (please meet directly) at West Street Cemetery, 90 West Street, Granby, MA 01033. In lieu of flowers, his family requests that memorial donations be made in his memory to the Town of Granby Fire Department or Police Department, 259 East State Street, Granby, MA 01033. For more details, please visit: www.stpierrephaneuf.com