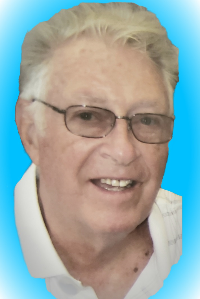 William E. Moore, age 89, of Canton passed away August 28th at Season’s Hospice in Milton. Born in Dorchester, he was raised in Milton and graduated from Milton High School Class of 1948 and was a Navy Veteran of the Korean War. He was a member of Local 12 Plumbers Union in Boston for over 70 years. He has lived in Canton for 59 years and was a member of the Knights of Columbus Council # 2095 in Canton and the Canton Senior Men’s Club.

Bill was a devoted Catholic. Enjoyed many visits to Ireland, Naples FL and the Cape. Loved singing along to Irish music. Avid Red Sox and Bruins fan. Adored his family and spending time with his grandchildren.

Beloved husband of Catherine (Donohue). Father of William E. Moore III and his wife Karen of Mansfield, Sean P. Moore of Norwood, Mary E. Ricci and her husband John of Stoughton, and Kathleen A. Breen and her husband Michael of Shrewsbury. Brother of Natalie O’Donnell and her husband George of FL and the late John Moore. Grandfather of William E. Moore IV, Timothy Moore and his wife Kerri, Shannon Moore, Michaela and Taylor Breen and Thomas Ricci. Also survived by his caring niece Beth O’Donnell of Quincy. Visiting hours at the Dockray & Thomas Funeral Home 455 Washington St. Canton Monday from 4-7 pm. Funeral Mass at St. John the Evangelist Church, Canton Tuesday morning at 10. Burial Milton Cemetery. Donations may be made in his memory to the Canton EMT Assn 99 Revere St. Canton, MA 02021.