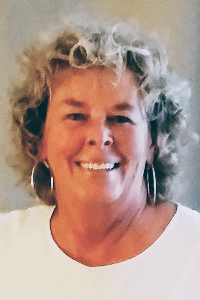 Anderson
Diane Carver
Age 68
Of Minneapolis
Took up permanent residence in the field of dreams quite unexpectedly on Tuesday, August 27, 2019. She'll be receiving visitors in section 219 at Target Field anytime there's a Twins game going on. Don't worry, there's always room in section 219.

She was preceded by her parents John and LeEtta Carver and her brothers Richard and Robert, all of Kalispell, Montana. She will be very sadly missed by her husband of 37 years, Howie; sister Barbara of Kalispell; and brother Timothy (Ken) of Prescott, Arizona.

Diane was born in Butte, Montana and grew up in Kalispell. She moved to Minneapolis in 1977 to attend Brown Institute. After graduation, she was employed at KSTP for thirty years before being retired in 2009.

While there, she met the love of her life, Howie Anderson. They married in 1982, and she was brought into the fold of the baseball faithful shortly after that. Over the years they made several trips to Kansas City and other ballparks around the country. Earlier this summer they traveled with the Twins and other Twins season ticket holders on a road trip to Seattle.

Join us at Giggle's Campfire Grill on the state fairgrounds for Diane's 69th birthday fete with friends on Thursday, September 26. The soiree' will run from 4-8 pm. There'll be food, beverages (adult and soft drinks) and of course, plenty of stories. Not to mention, discussion of all things baseball. Be sure to wear some 'TwinsGear' or any other baseball attire. (With the exception of Cleveland for sure and perhaps the Yankees and Astros).

Memorials are preferred to the Turtle Hospital in Marathon, Florida or the St. Paul/Mpls. Humane Societies.