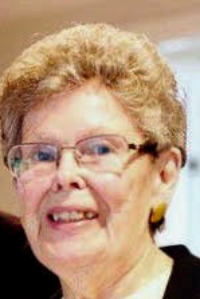 Katherine M. "Kathy" (MacDonald) McCuddy, 84, of Hanson formerly of Randolph passed away peacefully in her sleep on Wednesday August 21st, 2019 after a long illness. Daughter of the late William and Margaret MacDonald. She is predeceased by her husband John (Jack) McCuddy. She will be missed by all including her children Karen (McCuddy) Swinamer of Mansfield; John McCuddy of Hanson; and Michael McCuddy of Rockland. She leaves behind her sister Ina Chute of Hanson; four grandchildren Sarah (Swinamer) Gillis of Virginia; Megan Swinamer of Mansfield; Colleen and Tommy McCuddy of Bridgewater along with many nieces and nephews. Pre-deceased by her sister Jessie (Bunty) Nestor and her best friend Dottie Beaulieau.