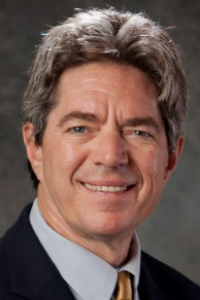 Daniel Lee Traub of Oxnard passed away peacefully on August 20th, 2019 at the age of 58. He was born in Encino, CA on October 23rd, 1960 to Lawrence Traub and Catherine Owens. He attended the Ideal Community School between 1973 and 1977, where he met many lifetime friends. He also studied music theory at Bellevue College in Bellevue, Washington from 1997.
An accomplished singer-songwriter and guitarist, Dan performed in numerous bands over the years, including Lift-Off and Jefferson Brick. The latter notably performed at a benefit concert in Seattle in the early 1990s, serving as the opening act for popular rock group Soundgarden. Dan's talents as a songwriter and charismatic performer will be remembered by all who had the chance to experience them.
An artist of myriad talents, Dan was also a chef and cook who took pride and joy in inventing delicious meals. He was a long-time Assistant Chef at iconic Canoga Park health-food restaurant and market Follow Your Heart, conceiving many of their beloved recipes. He also applied his innovative chef's skills to menus at several other restaurants.
With his wife Sylvie and through his company Dreamkeeper Films, Dan wrote, produced and narrated several documentary films: "Heroes Of an American Town", "Bob Mathias: Hometown Hero," "Forsaken Legion: The Bataan Death March," and "Saving Oxnard History". The latter was commissioned by the Oxnard Historical Society.
Finally, Dan was a respected and hard-working business leader who together with his wife built a successful carpet and rug-care company, Four Seasons Rug Care Studio.
Our remarkable, kind-hearted husband, father, grandfather and friend is survived by his wife of 17 years, Sylvie Lariviere-Traub, children Alexander Traub, Courtney Traub and Melanie Beaupre, daughters-in-law Aubrey Traub and Emily Dolmans and four beautiful grandchildren: Delilah, Chloe, Sophia and Calvin. His extended family and wide circle of friends will also miss his irreplaceable presence. His infectious smile, warmth, sincerity, passion, curiosity and humor will never be forgotten.
Family, friends and anyone wishing to celebrate Dan's life are invited to attend visiting hours on Saturday, September 14th, 2019 between 10:00 am and 12:00 noon at the JOSEPH P. REARDON FUNERAL HOME & CREMATION SERVICE, 757 E. Main Street, Ventura. A Chapel Service will follow at noon.
To honor Dan's memory and his brave fight of over two years, donations in his name can be made to the Esophageal Cancer Action Network.