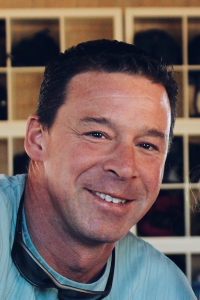 David A. Wedge, a 20 year resident of Cambridge and formerly of Charlestown, entered into eternal life following a 3 week illness with cancer on Tuesday, August 20, 2019 at Beth Israel Deaconess Medical Center in Boston. He was 51 years of age.

David was born in Somerville on April 18, 1968, a son of Paul Wedge and Maureen P. (Evers) Wedge. He grew up in Charlestown where he was educated at St. John's Parochial School in North Cambridge and St. Francis De Sales Parochial School in Charlestown. He graduated from Don Bosco Technical High School in Boston in 1986. David furthered his education by attending night school and graduated from Boston College in 2011 with a Bachelor of Science Degree in Business Management. David began working for the Federal Reserve Bank in Boston as a plumber before becoming Facilities Manager for Boston College . For the last 5 years, David has been working as a Mechanical Engineer for the Massachusetts Department of Transportation. He enjoyed playing and watching hockey and was an avid Chelsea Premier F.C. fan. He was very involved with the Red Cross and was always willing to volunteer to be a blood donor. He enjoyed vacationing in Newport, Rhode Island and Killington, Vermont. He was a member of Bunker Hill Council # 62, Knights of Columbus. David's passion in life was his family and he always took great pleasure when he was able to spend quality time with his wife and daughter along with his parents and sisters and brother and their families.