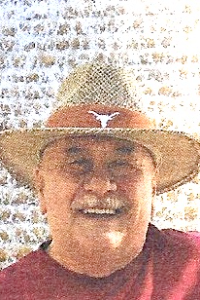 James E. Walsh, age 80, of Norton, passed away surrounded by his loving family on Tuesday, August 20, 2019 at the Brigham & Women’s Hospital in Boston. He was the beloved husband of Margo J. (LoChiatto) Walsh, to whom he was wed on September 25, 1965.

Born in Rollingstone Village, Minnesota on February 13, 1939, he was a loving son of the late Bernard N. and Dorothy E. (Koehler) Walsh.

Jim grew up in Winona, Minnesota and was educated in parochial schools. On October 1, 1957, he entered into the United States Army and proudly served his country during both the Berlin Crisis and the Vietnam War. He was honorably discharged from active duty on November 9, 1966.

Prior to retiring. Mr. Walsh had worked for over twenty-five years as a Technician for the National Guard, retiring with the prestigious rank of Master Sergeant.

Jim had made his home in Norton for the past fifty-two years and was a communicant of Saint Mary’s Church in Norton. He was a member of the 26th Yankee Division of the 101st Infantry Regiment, the Norton VFW and the Easton Gun Club.

Mr. Walsh was a true outdoorsman who loved nature and most of all, spending time with his adoring family who loved him dearly.

In addition to his beloved wife, he is survived by his devoted children: Rhonda L. Salvo of Norton and Barry J. Walsh of North Attleboro. He was the cherished grandfather of Zachary, Sarah, Jack and Quinn and the great grandfather of Benjamin and Wyatt. He was the dear brother of Carole Ramirez and her husband Frank of Texas and the late Bernard Walsh, Kenneth Walsh and Jerry Walsh. He was the loving son-in-law of Katherine LoChiatto of Newton and brother-in-law of Lois LoChiatto of Newton and the late Pauline Slamin.

His funeral Mass, to which relatives and friends are cordially invited to attend, will be celebrated on Saturday, August 24th at 11:00 A.M. in Saint Mary’s Church, 1 Power St., Norton. Following cremation, private burial will take place at the Massachusetts National Cemetery in Bourne

In lieu of flowers, Jim’s family would prefer that donations in his memory be made to Small-Cell Lung Cancer Research at the Dana-Farber Cancer Institute, 450 Brookline Ave., Boston, MA 02215 or the New England Center and Home for Veterans, 17 Court St., Boston, MA 02108.