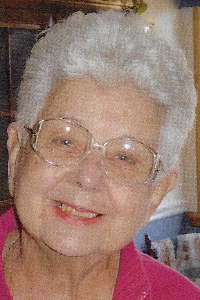 Edwina C. (Fandel) Dowd, of Mansfield, formerly of Taunton. Passed away peacefully on her 96th birthday on Tuesday August 20, 2019 at Wedgemere HealthCare in Taunton. She was the beloved wife of the late Arthur W. Dowd, to whom she was wed for forty-five years at the time of his death in 1993.

Affectionately known as Eddie, she grew up in Everett and was a 1943 graduate of Everett High School. During WWII she proudly served her country as a member of the United States Navy. She was honorably discharged from duty on March 14, 1946 with the rank of Pharmacists Mate Second Class and was a member and past president of the Dunedin Chapter of the National Waves Association.


Prior to retiring in 1979, Mrs. Dowd enjoyed her job as a cook for ten years in the Taunton Public School System. While living in Mansfield, she was a communicant of Saint Mary’s Church, where she served as a former religious education teacher.

Eddie’s favorite times by far were those spent in the presence of her adoring family. Her hobbies included reading, sewing and spending time at the beach.

Her Funeral Mass, to which relatives and friends are cordially invited to attend, will be celebrated on Friday, August 23rd at 11:00 A.M. in Saint Mary’s Church, 330 Pratt St. (Route 106) Mansfield. Burial will be held privately at the Massachusetts National Cemetery in Bourne.

Due to the limitation of flowers allowed at the National Cemetery and in accordance with Edwina’s wishes, please make donations in her memory to the Mansfield Public Library, 255 Hope St., Mansfield, MA 02048.

Those attending Eddie's services are encouraged to wear pink, her favorite color in the world.