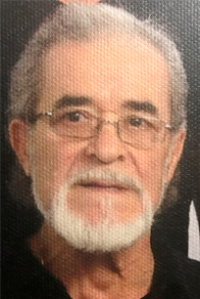 Fernando Duarte Tavares of Somerville died on Sunday, August 18, at Cambridge Hospital. Born and raised in Ponta Delgada, Sao Miguel, Azores, he was the son of the late Duarte and Maria (Luzia) Tavares. Fernando and his beloved wife Maria (Santos Camelo) came to the U.S. over 50 years ago, settling first in Cambridge before moving to Somerville.

Fernando was employed as a machinist for 3M Corporation where he manufactured stethoscopes. He had many interests including travel and gardening, and hobbies including astrology. He was a locksmith with his own shop in the basement, and a talented mason. Fernando had a great sense of humor. He was hard-working and quiet, but had a roar like a gentle lion. Fernando was faithfully loyal and kindly to everyone, and very generous.

Funeral from the Dello Russo Funeral Home, 306 Main St., Medford on Saturday, August 24 at 10 AM followed by a funeral mass celebrated in St. Catherine Of Genoa Church, 179 Summer St., Somerville, at 11 AM. Relatives and friends are respectfully invited to attend. Visiting hours Friday, August 23 from 4 through 8 PM. Services will conclude with burial at Holy Cross Cemetery, Malden.