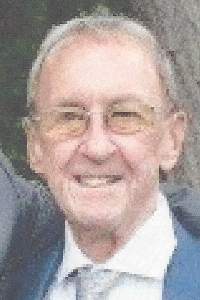 Charles L. Mace, Sr., age 75, of Lakewood Ranch, Florida, formerly of Mansfield, passed away peacefully, in the comfort of his home, surrounded by his adoring family on Monday, August 19, 2019. He was the beloved husband of the late Shirley J. (Thomas) Mace.

Charlie grew up in the Dorchester neighborhood of Boston and was educated in Boston Schools. During the time of the Vietnam Era, he proudly served his country as a member of the United States Marine Corps.

Prior to retiring, Mr. Mace had been employed for thirty years with the Local 1121 Millwright Workers Union, ending his career with the position of foremen. He was also the former owner of Mace’s Sharpall Tool.

A resident of Florida for the past sixteen years, Charlie was a former longtime resident of Mansfield where he was a communicant of Saint Mary’s Church in Mansfield, a former member and president of the Mystic Club in West Mansfield and in 1975, served on the Mansfield Bicentennial Committee.

Mr. Mace was an avid New England Patriots fan and longtime season ticket holder. He loved spending time with his family, which included camping and also “happy hour” amongst friends and family.

He is survived by his devoted children: Debra J. Castelli and her husband Robert of Wallingford, CT, Charles L. Mace, Jr. and his wife Suzanne of Lakeville, Scott A. Mace and his wife Kellie of Mansfield and Dayna M. Pleau and her husband William of Attleboro. He was the dear brother of Joan Gorman of Hanson and the late Joseph Mace and Carol Mason. He is also survived by his cherished 9 grandchildren, 3 great grandchildren, as well as several nieces and nephews.

His funeral, to which relatives and friends are cordially invited to attend, will begin on Monday, August 26th at 10:00 A.M. from the Sherman & Jackson Funeral Home, 55 North Main St., Mansfield followed by a Mass of Christian burial celebrated at 11:00 A.M. in Saint Mary’s Church, 330 Pratt St. (Route 106) Mansfield. Burial with military honors will follow at Saint Mary’s Cemetery in Mansfield.