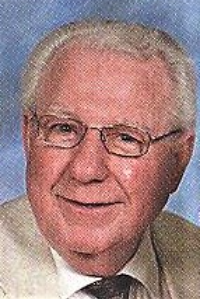 Harold N. Bailey, 90, of Tifton passed away Saturday, August 17, 2019, at Phoebe-Putney Memorial Hospital in Albany. His funeral service will be held at 11:00 a.m. Wednesday, August 21, 2019, in the Chapel of Bowen-Donaldson Home for Funeral with the Rev. Dr. Wayne Roe and the Rev. Josh Bennett officiating. Mr. Bailey will be laid to rest at Oak Ridge Cemetery. The family will receive friends Tuesday, August 20, 2019, from 6:00 to 8:00 p.m. at Bowen-Donaldson Home for Funerals.

Born July 31, 1929 in Roanoke, Virginia, Mr. Bailey was the son of the late William Reed Bailey and Rose Akers Bailey. He was also preceded in death by one son, Harold Reed Bailey; three brothers; and one sister. He retired from Bailey’s TV Center and was a member of Tifton’s First Baptist Church. He was also a veteran of the United States Army Air Corps and, from the 1950s through the 1970s, he was the singer/song-writer of Harold Bailey and the Country Drifters.

Flowers will be accepted or memorial gifts may be made to St. Jude’s Children’s Research at www.stjudes.org.