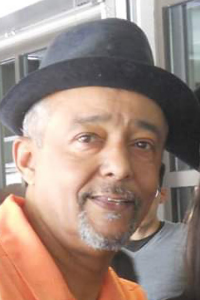 Ross M. Grace, Sr., 67, of New Bedford died August 18, 2019 at Philip Hulitar Hospice Center after a lengthy illness.
He was the husband of Maria D. (Harris) Grace.
Born in New Bedford, son of Frank G. Grace and his wife Mary of New Bedford and the late Philomena B. (Tavares) Grace, he lived in New Bedford all of his life.
Mr. Grace was formerly employed as a laborer with Laborer's Local 385 in Fairhaven for many years until his retirement.
He was a parishioner of Our Lady of the Assumption Church.
Survivors include his wife; his father and step-mother; 3 sons, Ross Grace, Jr., Romayne Grace and Ryan Grace, all of New Bedford; 2 daughters, Roshalene Bodden and Rayana Grace and her fiance Brian Guillotte, all of New Bedford; 2 brothers, Arnold Grace and his wife Joyce of New Bedford and Anthony Grace and his companion Alva Duarte of Florida; a sister, Clotilde Edwards of Providence; 8 grandchildren; and many nieces and nephews.
He was the brother of the late Frank "Parky" Grace.
His Funeral will be held on Thursday, August 22nd at 8 AM from the Saunders-Dwyer Home for Funerals, 495 Park St., New Bedford, followed by his Funeral Mass at Our Lady of the Assumption Church at 9 AM. Burial will follow in St. John's Cemetery. Visiting hours will be on Wednesday, August 21st from 4-7 PM.