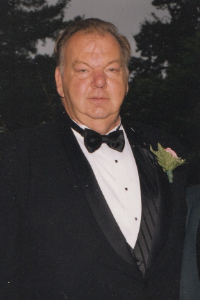 Kenneth G. Newton, Sr., 77, of Woonsocket died Friday August 16, 2019 at Landmark Medical Center surrounded by his family. He was the loving husband of the late Joyce (Gill) Newton. They were married on November 6, 1965 and shared almost 50 years together until her passing on June 26, 2015.
Born and raised Milford he was a son the late Raymond and Hannah (Stewart) Newton. He lived in Bellingham from 1965 to 1979 until moving to Woonsocket.
Mr. Newton was employed for many years at Milford Tire Products in Hopedale. He also worked for National Can Company, Pepsi-Cola Inc. and just prior to his retirement he worked for Blackstone Valley Self-Storage for 10 years.
Kenneth enjoyed camping trips, travelling to various destinations and was an avid bowler. Kenneth was a true die-hard member of Red Sox Nation. Each and every year he lived and died with the Sox. It gave him untold satisfaction to have been able to see the Sox win three World Series!!!
Kenneth will be remembered as a devoted husband and father and just loved his grandchildren and great-grandchildren. Being with his family and spending time with those closest to him was his most special joy in life.
He is survived by two sons Kenneth G. Newton, Jr. and his wife Debbie Lataille-Newton and Wayne A. Newton and a daughter Jo-Ann M. Westgate and her husband Raymond all of Woonsocket. He was the brother of Carol Newton of Upton, MA and the late Raymond, Earl, Richard and Jimmie Newton, Shirley Cessa, Barbara St. George, Eleanor Byron, Audrey Lataille, Cathy Tibbitt and Ruthie Pallie. He is also survived by his grandchildren Amy Lynn Brannan, Sarah Ann Beauchemin, Samantha Westgate and Megan Newton and great-grandchildren Illianna, Calleigh-May, Chase, Liam and Roland and many nieces and nephews and their families.
Visiting hours will be Wednesday from 5-8 pm with a service at 7:30pm in the Menard-Lacouture Funeral Home, 127 Carrington Ave. Woonsocket. Burial will be private. In lieu of flowers and in honor of Kenneth’s love for animals memorial donations may be made to your local animal shelter.
www.menardfuneralhome.com