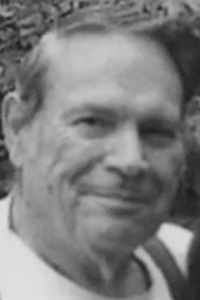 Stephen Ball of Ojai Ca passed away on August 16th, at the age of 78. He had several strokes over the past 6 years as well as COPD. Steve attended Ventura High school and Ventura College. He married the love of his life Kathleen, built a home and raised their children Eileen and Steven in Ojai. Steve was owner of Ojai Electric for years until he went to work for Ventura County as an inspector. Kathy and Steve split their time in retirement between their home in Ojai and Roseburg Oregon. Unfortunately Kathy died just a few years later of cancer. Although devastated Steve enjoyed his remaining years with his daughter and grandchildren camping at our national parks. He also belonged to several gun clubs and especially enjoyed black powder guns. He loved to BBQ and smoke meats and enjoyed cooking for others. Many remember him as a patient, kind man.
Steve is survived by his daughter Eileen, son Steven, grandson Chandler, granddaughter Kelsey, and brother Lenord and his family. In death he joins Kathy his wife, as well as his mother Madge and father Frank Ball.
The family extends their gratitude to Mountain Vista Manor of Ojai and assisted hospice for their loving support and care in his final months.
Family and friends are invited to a Funeral Mass of Christian Burial to be held Saturday September 28, 2019 at 11am in the San Buenaventura Mission, 211 E. Main Street Ventura. Celebration of life will be held afterwards at 9895 Cheyenne St Ventura CA.
Arrangements are under the direction of the JOSEPH P. REARDON FUNERAL HOME & CREMATION SERVICE, Ventura.