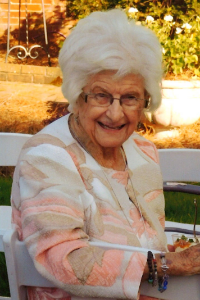 Funeral services for Millie Fay Bradley, 94, of Ashburn, GA. will be held Sunday, August 18, 2019 at 3:00 PM at The Ashburn First United Methodist Church. Interment will follow in the Rose Hill Cemetery..

The daughter of the late Johnny and Ruby Pierce Parham, she was born in Calhoun County, GA. A member of the Ashburn First United Methodist Church, she was a member of the Bradley Goss Sunday School Class and an active member of the church for 72 years, where she served on many committees and played the organ and piano. She graduated from GA College for Women in Milledgeville with a degree in Home Economics. She enjoyed golf, swimming, reading, sewing and playing the piano. A sweet loving woman of God, she was totally devoted to her family, faith and friends.

Miss Millie was the librarian at the Turner County Middle School and also did the bookkeeping for Fay’s Jewelry. She enjoyed spending time at her lake house and enjoyed sharing it with her family and friends.

In addition to her parents, she was preceded in death by James Fay, the father of her four children and husband Al Bradley; her adoptive parents, J.R. and Mildred Sauls; a daughter Mary John Fay Kilgore, her brother, John Parham and a grandson Russell Fay.

The family will receive friends Sunday at the church from 1:30 until 2:45.