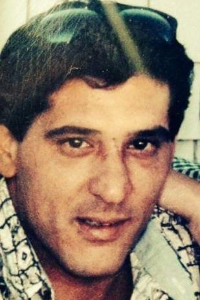 Born June 6, 1959, in Newton, a son of Anita J. (Colino) Mandra of Franklin and the late Salvatore A. Mandra, he was a lifelong Franklin resident.

He was raised and educated in Franklin, was a 1977 graduate of Franklin High School and was a Master Builder in the construction trade, having worked for F&P Molla and Kennedy Restorations.

Johnny was devoted to his family, friends and to anyone who needed a hand. He enjoyed fishing, volleyball, softball, and watching the Boston Red Sox & New England Patriots.

In addition to his mother, he is survived by his siblings, Karen Norton and her husband Joseph of Monument Beach, Janet A. Lucarelli of North Palm Beach, FL, Deborah M. Dauley of Franklin Carla J. Mandra-Jones and her husband Ron of Millville and Robert “Bobby” Mandra of Oxford.

Also surviving are his nieces, nephews, extended family and his treasured friends.

Relatives and friends are invited to attend his calling hours Sunday Aug. 18th, from 1-5PM in the Charles F. Oteri and Son Franklin Funeral Home 33 Cottage St. followed by a funeral service at 5PM.

His interment at St. Mary’s Cemetery, Franklin will be held at a later date.