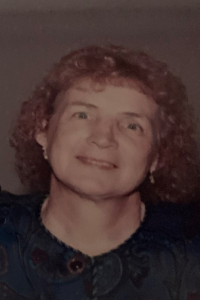 Born in Providence, she was a daughter of the late Arthur and Agnes (McLellan) D’Amario. She had lived in Smithfield before moving to Arizona in 2002 and later Orlando, Florida.

Edith was an Executive Coordinator for the Town of Smithfield.

A Mass of Christian Burial to which relatives and friends are invited will be held Friday, August 23rd at 11am in St. Michael Church, 80 Farnum Pike, Smithfield. Burial will follow in Highland Park, Johnston. Visitation Thursday, August 22nd 4-7pm.