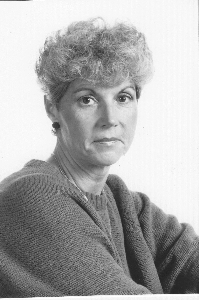 Diana Shaffer, the well-known Bird Lady of East Central Indiana, “flew the coop” on August 9 at the age of 81, leaving behind her husband John, many family members, and countless friends and admirers.

Diana was born May 17, 1938, in Muncie, the daughter of E.B. and Norma (Elliott) Patton. She spent her early years there before moving to Tennessee, Florida, Michigan, and Wisconsin before returning to Muncie to graduate from Burris High School.

She began her career as a surgical nurse, at Ball Memorial Hospital and then at the Muncie Eye Center. She also participated in several medical mission trips to Tonga, several East African nations, and Jamaica. After 25 years of juggling a nursing career with her work as a wildlife rehabilitator, she eventually retired from nursing in the late 1990's to devote all of her time to wildlife.

Diana regularly began taking in injured and ill wildlife in 1963, eventually becoming licensed by both Indiana and the U.S. government as one of only six people nationwide at the time to become federally licensed. Soon after, she founded the Wildlife Resqu Haus, Inc., which remained one of the longest-running rehabilitation centers in the nation until Diana closed its doors in December 2013. At that point, after a 50-year career in wildlife rehab, she had taken in more than 13,000 injured, ill, or orphaned animals, nursing them to health when possible and then returning them to the wild.

In tandem with her rehabilitation work, throughout most of her career Diana presented as many as 30-50 educational programs each year, and she distributed a newsletter, The Critter Chronicles, to educate the public about wild animals. For four years she hosted a local TV show, Animal Talk, and she was the subject of a PBS documentary, A Friend of the Wild. She inspired others to pursue careers in veterinary science or wildlife rehabilitation, serving as a wise and generous mentor.

Many organizations recognized her impact with local, regional, and national honors and awards, including the Robert Cooper Audubon Society’s Public Service Award and Cooper Conservation Award, the Indiana Women of Achievement Award, the Exemplar Lifetime Achievement Award (from Ball State’s Council on the Environment), Muncie Star Press Person of the Year finalist award, and, perhaps most impressive, the 2009 National Wildlife Rehabilitators Association Lifetime Achievement Award, which recognized the long-term impact of her work on a national scale. Upon her retirement, she also received the prestigious Sagamore of the Wabash Award from Indiana’s governor.

Somehow, despite the demands of nursing and wildlife rehabilitation, Diana managed to pursue a wide array of other interests and hobbies, including skeet shooting (winning a national championship) and painting. She and her husband John enjoyed time at Shoe Lake in northern Indiana, and they traveled extensively in one of John’s restored vintage cars, including annual hot rod vacations with other couples.

In lieu of flowers, Diana asked that everyone give wildlife a chance to survive by placing a birdfeeder or birdhouse on your property so you can enjoy the wildlife around you. Memorial gifts may also be given to the Alzheimer’s Association (alz.org). Casual wear is requested.

Rozelle-Johnson Funeral Service was in charge of the funeral arrangements.