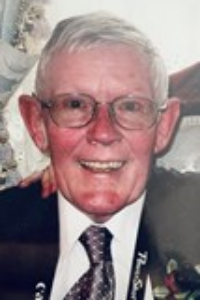 Born in Philadelphia, on March 23, 1936, the son of the late John and Mary Noone Ryan, he went to Holy Rosary School in Scranton. He married Pauline M. Drummond, on Jan. 16, 1965, in Scranton. John and Penny operated their own business, Ryan's Country Market, in Montdale. John was a veteran of the United States Army.

His lifelong passion was photography. He called his photography business, Painting With Light. He also enjoyed traveling. John was an active member of Corpus Christi, now St. John Vianney Church, and he was very happy to teach Sunday school there.

Visitation will be at St. John Vianney Church in Montdale on Aug. 22 at 9 a.m.

Mass of Christian Burial will be held at 10 a.m. Burial will follow at St. Mary's Cemetery, Montdale.