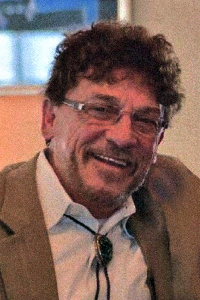 John J. “Jake” Gibbons, III, 70, of Victory Highway, North Smithfield, died Sunday, August 4, 2019 surrounded by his family at Hope Hospice and Palliative Care in Providence. He was the beloved husband of Joanne M. (Strain) Gibbons. They had been married for 28 years.

Born in Providence, he was the son of the late John J. Gibbons, Jr. and the late Mary I (Miner) Gibbons. He was a lifelong resident of Rhode Island, though he also served in the Navy and spent time in Arizona and Las Vegas.

He was the co-owner and Director of Marketing for Engineering Design Services, Inc. in North Smithfield for 18 years. He loved spending time on the golf course, out on the lake with his boat, hiking in the mountains, and even ran a martial arts dojo and performed magic shows back in the day, but whatever he was doing, his greatest source of joy came from his family and the people around him.

Besides his wife, he is survived by his children: John J. “Jake” Gibbons, IV of San Diego, California and Allison Gibbons of New York City, New York, his sisters: Debbie Hirst and her husband, Wayne of Glocester and June Guidoboni and her late husband, Tom of Prescott, Arizona. He is also survived by his best friend and mother in law, Joan Strain of Smithfield, his sister in law, Kathleen Martel and her husband, Mark of Cumberland, and his brother in law: John L. Strain, III and his wife, Donna of West Warwick as well as nieces, nephews, extended family members and friends.

His funeral will be held Thursday at 8:30am from the Anderson-Winfield Funeral Home, Rt 44 at Greenville Common, Greenville. Mass of Christian Burial will be at 9:30am in St. Philip Church, 622 Putnam Pike, Greenville. Burial with Military Honors will follow in Highland Memorial Park Cemetery, Johnston. Visitation will be Wednesday evening 4-7pm. In lieu of flowers, donations in his memory may be made to Hope Hospice and Palliative Care, 1085 North Main Street, Providence, RI 02904.