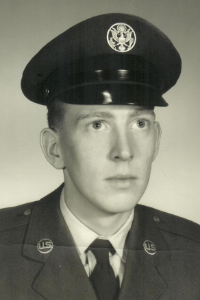 SPENCER: Wendell L. Constantine, 79, of Cooney Road died Wednesday, July 31 in St. Vincent Hospital after an illness.
He leaves his wife of 56 years, Pamela A. (Gray) Constantine, two daughters; Tracy A. Mandella and her husband Michael of Leicester and Marlene A. Lemon and her husband Todd of Charlton, a brother Harold Constantine and his wife Joan of Spencer, four sisters; Frances Duquette and her husband Leo of Wells, Maine, Kate Lindstrom and her husband Roy of Sutton, Lynn Bouley and her husband Robert of Spencer and Lois Belanger of Cape Cod, three grandchildren; Anthony Mandella and Corey & Carlie Lemon and several nieces and nephews. He was predeceased by a grandson Nicholas Mandella and a sister Gladys Walker.
Wendell was born in Spencer, son of William P. and Olive E. (Fairbrother) Constantine. He graduated from David Prouty High School. He proudly served his country in the United States Air Force where he met his beloved wife while overseas in England. He was a machinist at Norton Co. for over 30 years before retiring. After retiring, he worked part time as a maintenance man at the Spencer Police Department for several years. He was a former member of the Central MA Antique Car Club. He enjoyed gardening, antique cars and his Koi pond. He was a handyman and could fix just about anything. He took great pride in taking care of his lawn, his house and especially his family.
Funeral services and burial in Worcester County Memorial Park, Paxton were private. In lieu of flowers memorial donations may be made to Spencer Police Assoc., 9 West Main Street, Spencer, MA 01562 or to Spencer Rescue Squad, P.O. Box 147, Spencer, MA 01562. J. HENRI MORIN & SON FUNERAL HOME, 23 Maple Terr., Spencer is directing funeral arrangements.