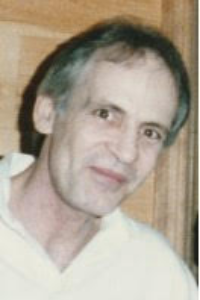 William A. "Bill" Fasano, a longtime resident of Charlestown and formerly of Revere, entered into eternal life on Saturday, August 3, 2019 at Winchester Hospital in Winchester. He was 73 years of age.

Bill was born in Boston on June 9, 1946, a son of the late Nora (Sullivan) Chandler and the late William Fasano and Oliver Chandler. He grew up in Charlestown and South Boston where he was educated throughout the Boston Public School system. Bill worked a a laborer for many years with several local construction companies. In his spare time, Bill enjoyed traveling around on his motorcycle.

Bill is the father of Gina Canale. He is the grandfather of Derek McKeag Jr., Antonio Canale and Dante Canale. He is the devoted brother of Deborah Mudway and her husband Philip, Michael Harrison and his wife Janine and the late Thomas Fasano and his surviving wife Patricia. He is the loving uncle to Tom, Michael Jr., Richie, Rachel and Christopher.

Relatives and friends are invited to attend Bill's visiting hours on Thursday morning, August 8, 2019 from 10 A.M. to 11:30 A.M. followed by his Funeral Service at 11:30 A.M. in The Carr Funeral Home, 220 Bunker Hill St. Charlestown. His burial will be private.

In lieu of flowers, kindly make a memorial donation in Bill's name to The Perkins Library For The Blind, 141 Riverside St. Watertown, Mass. 02472.