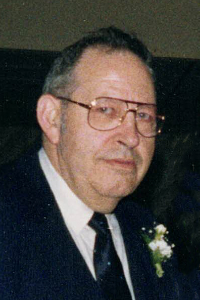 
William (Bill) Edward Broadwell, of Eastham, died at home in the loving arms of his family on Friday, August 2nd at the age of 85. He was the husband of Dolores (Levesque) Broadwell.

Bill, fourth child of the late Frank and Mary (Carter) Broadwell, was born in Bristol Vermont. At an early age, Bill and his family moved to Bristol Connecticut where he graduated from Bristol High School. A long-time resident of Terryville Connecticut, Bill and his wife of 64 years, raised their four children. Following a 47- year career at Connecticut Spring & Stamping Corporation as a quality control and shipping manager, Bill retired to Eastham Massachusetts.

Bill enjoyed painting, fishing, golfing and working with his hands.

Bill’s family would like to express their sincere gratitude to the staff of the Visiting Nurse and Hospice Association of Cape Cod for their support and care.

Family and friends are invited to attend the Funeral Mass, at 10:00 am, on Friday, August 9th,, at St. Joan of Arc Church, 61 Canal Rd, Orleans.

If desired, donations in Bill’s memory may be made to Shriner's Hospital for Children, 51 Blossom St, Boston, MA 02114.