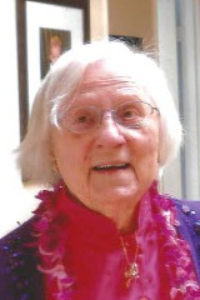 Josie (Klocek) Lee, 91 of Manchester, New Hampshire, passed away on Thursday, July 25, 2019 in Seattle, Washington. A funeral Mass will be held at The Chapel at St. Hedwig Cemetery, Bedford, New Hampshire at 9:30 am on Tuesday, August 6th.

In 1960, Josie married John Lee, a Marine Veteran and the hospital's personnel director and she embarked on a new adventure traveling with John for promotional postings at VA hospitals across the United States. The couple raised seven children. A devout Catholic, Josie was very charitable and supported several causes including the Saint Vincent de Paul Society.

In 2008, Josie and her husband of 50 years retired to Seattle, Washington to be closer to their children. Josie is survived by six of her children, ten grandchildren and one great grandson.
J.N. Boufford & Sons is in charge of arrangements.
For more information and online guestbook please visit www.bouffordfuneralhome.com.