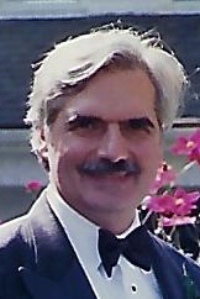 Sunday morning, July 28th, 2019, Salvatore Anthony Zito husband of 24 years to Faith Bessette-Zito and father to daughters Kristina “Nina” Anna Zito and Anna E. Phelan—and also to his Wheaten Terrier, Rosco—passed away just a week after his birthday at the age of 73. He was surrounded and supported by his wife, his daughters, his cherished son-in-law, and his two loving nieces. His devoted brother Michael and sister-in-law Donna were also able to say goodbye.

People that know Sal will know that he loved cooking, eating, and laughing with family and friends; the look of the ocean from the shore, and even more from the cockpit of a sailboat; watching and quoting the Godfather movies with a Brooklyn accent; Friday night dinner excursions with his wife “Cherub” to the Olympia Tea Room; wearing stylish attention-grabbing fedoras; taking long walks with his faithful four-legged companion in the summer sun; listening to spiritual advice about synchronicity from Deepak Chopra; teasing his wife about how much she loved doing laundry; haggling lobster prices off the dock from men returning with that day’s catch; wrapping his girth in a Santa outfit for the Westerly Chorus and greeting families with a deep and hearty “Ho Ho Ho;” Marie Brizard anisette and a lemon zest for his after-dinner espresso; playing David Bowie’s Station to Station album as loudly as the car speakers would allow; old Turner Classic movies or any glimpse of Sophia Loren; cars with sunroofs open to the sky and the wind in his hair; looking at old pictures of cousins at the family’s old Villa Rosa restaurant in Freeport; spending time at the track (or anywhere else) with his brother Michael; supporting and enjoying the artistic passions of his friends, be they food or fine art; and of course he also loved dedicating himself to helping people improve their lives and the lives of their children with the ownership of their own homes and apartments.

He devoted his professional life to this latter cause and worked for many non-profits and was on numerous boards for community development. Early in his career, his favorite days at work were the ones that included giving the keys of a new home to a family in need. Friends have quipped that his name is on a staggering number of mortgages in Northeastern Connecticut. While on those boards and in those development corporations, Sal made many close friends and expanded who he thought of as family. He was surrounded by people he respected and admired and when they gave him accolades or awards he was beside himself with the honors being bestowed by the very folks he so esteemed.

Sal was active as an advocate for community development and affordable housing in Northeast CT and also Washington County RI where he moved in his later years. He served as Executive Director of Northeastern CT Community Development Corporation (NCCDC) in Danielson CT, and Community Housing Corporation (CHC) for Washington County RI. He focused on innovative housing and community development initiatives, historic preservation and affordable housing. These initiatives resulted in 900 affordable housing units, revitalization of historic neighborhood villages and low-income rental complexes, neighborhood and community centers for child daycare, resident relations and youth-building activities, and single-family homeownership.

Sal graduated Killingly High School in Danielson, CT; he attended the University of Connecticut in Storrs, CT; and graduated from Windham College in Windham, VT with a bachelors in Psychology.

Salvatore has had a rich life filled with loved ones and amazing adventures. The family extends its love and thanks to all who touched his life and who added to his joy. His big heart was filled with all of you.

Sal was predeceased by his father Ignatius Zito and his mother Anna Carrature Zito.

A memorial will be announced at a later time.

In lieu of flowers, donations may be made to Eastern Connecticut Housing Opportunities (ECHO) 165 State St., New London, 06320.