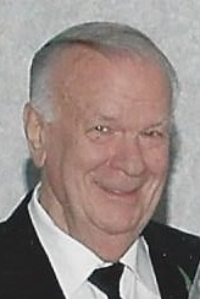 Arthur J. Macauley, age 80, of Tewksbury formerly of Medford passed away unexpectedly at the Lowell General Hospital, July 29, 2019. He was the beloved husband of Marie A. (Maccarone) Macauley and together they shared 58 years of marriage. Born in Boston he was the son of the late Arthur A. and Janet (Labecka) Macauley.


Arthur was raised and educated in Medford and was a 1957 graduate of Medford High School. He proudly and honorably served in the Army National Guard from 1962 to 1966. As a young man Arthur worked as a salesperson of televisions and electronic components for televisions. In 1966 he began his career with AT&T as a technician and retired fifteen years ago. Arthur has been a resident of Tewksbury for 54 years. He was very active with Little League Baseball and Pop Warner football for many years as a coach in both sports while his sons were playing as young boys. He also served as a Personnel Board Member for the Assessor’s Office in the Town of Tewksbury for several years.

Arthur was extremely devoted to his family and cherished many of the family trips to Disney World over the years. He enjoyed spending time in Maine, trips to the casino and was an avid Boston Sports fan. He will be greatly missed by his loving family and many dear friends.

Arthur was the beloved husband of Marie A. (Maccarone) Macauley. The devoted father of Kevin Macauley of Tewksbury, Donna Welch and her husband Joseph of Tewksbury, Denise LaFrance and her husband Patrick of Hudson, NH, the late Brian Macauley and his surviving wife Cheryl A. Tracey of Florida. He was the loving grandfather of Mark Macauley, Olivia Joyce, Juliana and Jack Welch, Anthony and Noelle LaFrance, Brendon Macauley and his wife Jennifer. He is also survived by his great grandchildren, Brianna and Hayley Macauley. Brother of Robert Macauley and his wife Ann of Florida, and Kenneth Macauley of Hanson.

A funeral Mass will be celebrated, Monday, August 5th, at St. William Church, 1351 Main St. Tewksbury, at 10 a.m. Relatives and friends are respectfully invited to attend. Interment Services will be private. It has been requested that in lieu of flowers contributions may be made in Arthur’s memory to ZERO – The End of Prostate Cancer, 515 King Street, Suite 420, Alexandria, VA 22314 or at www.zerocancer.org